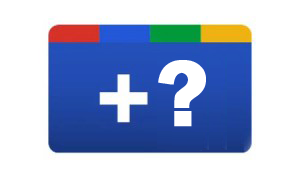 I’ve been on Google+ for two weeks now, and overall I really like it.  The system feels like a good combination of Facebook and Twitter.  However, from the first circles I created to the first notifications I receive about being added to others’ circles, I’ve had cognitive dissonance about how to setup my circles.

I have circles for friends, family, tech, photography, etc..  Everything seemed clean.  But then two things happened: 1) I started following some popular (read, geek famous) people and 2) complete strangers started to add me to their circles.

So what’s the problem, you ask?

The Dual Nature of Circles, that’s what.

Everything in G+ revolves around sharing to circles you create, which is great.  But these circles are also what funnel everything to you for viewing.  This is fantastic for people I know personally, but just breaks down with people I don’t know and make me think far too hard about what circle(s) (if any) I should put someone in.

Let’s take the first case above – I start following someone like Leo Laporte, Robert Scoble, or Trey Ratcliff.  Now all of a sudden my stream is flooded with everything they post publicly.    This results in me either un-Circling (is that the term?) them or growing blind to what they say, when in fact there are some things in there I’d like to see.

Now the second case where I’m experiencing random people add me to their circles, likely due to participation in some photography discussions.  After they’ve added me, I can see things they share via the Incoming stream.   Perfect.  Except there’s a lot of crap in the incoming stream, which makes me want to “rescue” the good posters by adding them to a circle.  But now, I’m seeing anything they post publicly, in addition to what they share with whatever circle of theirs I’m in.  That is a lot of stuff I don’t care about from these people.

As an aside, I’ve created a circle titled Random Photography People.  If someone adds me to a circle and I see something interesting from them, they get promoted to Random Photography People almost as a way of bookmarking them – but they’re on probation.   Too many animated Gifs get shared? They’re gone.  Sure I won’t get to see any of the amazing photos they create down the road,  that’s the cost of clogging up my stream, I suppose.

Ultimately, Google wants us to both share and experience content via Circles.  But they’re incomplete right now.

We have granularity when we post things.  Total control, it’s very nice.  But once we agree to circle someone, we get their full fire hose (Public + whatever they explicitly share with me).  What’s worse is that when someone circles me, I don’t know why they’ve Circled me.   Did I get added to a Photography-related circle?  A tech one?  To me, this greatly impacts how I want to share with them.

We need the same granularity on the consumption side as we have on the creation side.

I propose Google introduce the concept of a Public Circle.   They would work as follows.

This would give us:

I’m I imagining this problem?