As 2010 turned into 2011, one of the things I decided I wanted to do was to spend more time behind my camera so I could improve my photography.  I wanted to be far more deliberate in what I shot, when I shot, and how I shot.

When I got my camera back from repairs, I decided to change that.  I started picking out where I wanted to go shooting instead of just grabbing the camera when opportunity arised.  I started picking weeknights to go on quick, hour-long shoots after we put David to bed.  I also started being less insecure about showing my images to random people on the internet – from posting to photography forums for critique, to frequent sharing on the new Google Plus.

After the past 6 months of efforts, I can honestly say that I’m finally comfortable with what I’m able to do with my camera and no longer feel self-conscious to mention the word photographer in the same sentence as my name.  Perhaps even more importantly, I no longer feel silly (for lack of a better word) for telling my wife “I’m going to go out and shoot ______”.

This barn I shot 3 days ago is a great example of the results of these deliberate efforts.  I was only a month earlier that I saw it and told Ana that I was going to make sure I shot it.  This is the exact shot I was picturing before I even drove up to it on Friday, and I spent over an hour covering it – far more than I would have done in the past.

I also ended up with a few other images I really like and am proud to say are mine. 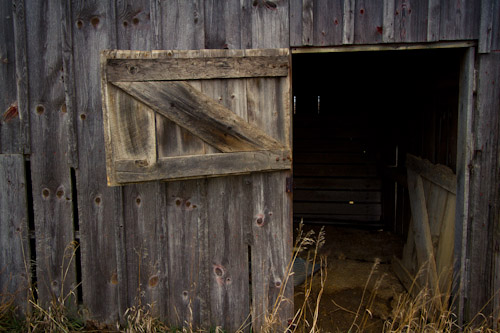 In a case of having connections and sheer dumb luck, this photo ended up on the cover of the area phonebook (quite a few prints I’m told).  I took it on a family walk at the Lincoln Memorial Gardens on July 4th.

A quick word on Google Plus.

G+ is filled with very good, and very enthusiastic photographers.  Many times it feels like there’s just no chance in keeping pace, both in quality and quantity of work, but they sure provide motivation and encouragement.  Most of the photos I’ve posted so far don’t get any +1s, or when they do they’re from friends an family (thanks!), but I’m hopeful that will increase in the next year.

I plan on continuing this progress in 2012; for those of you in my social networks, I apologize if you tire of my images – I think they’re only going to become more frequent 🙂

2 responses to “My Photography”